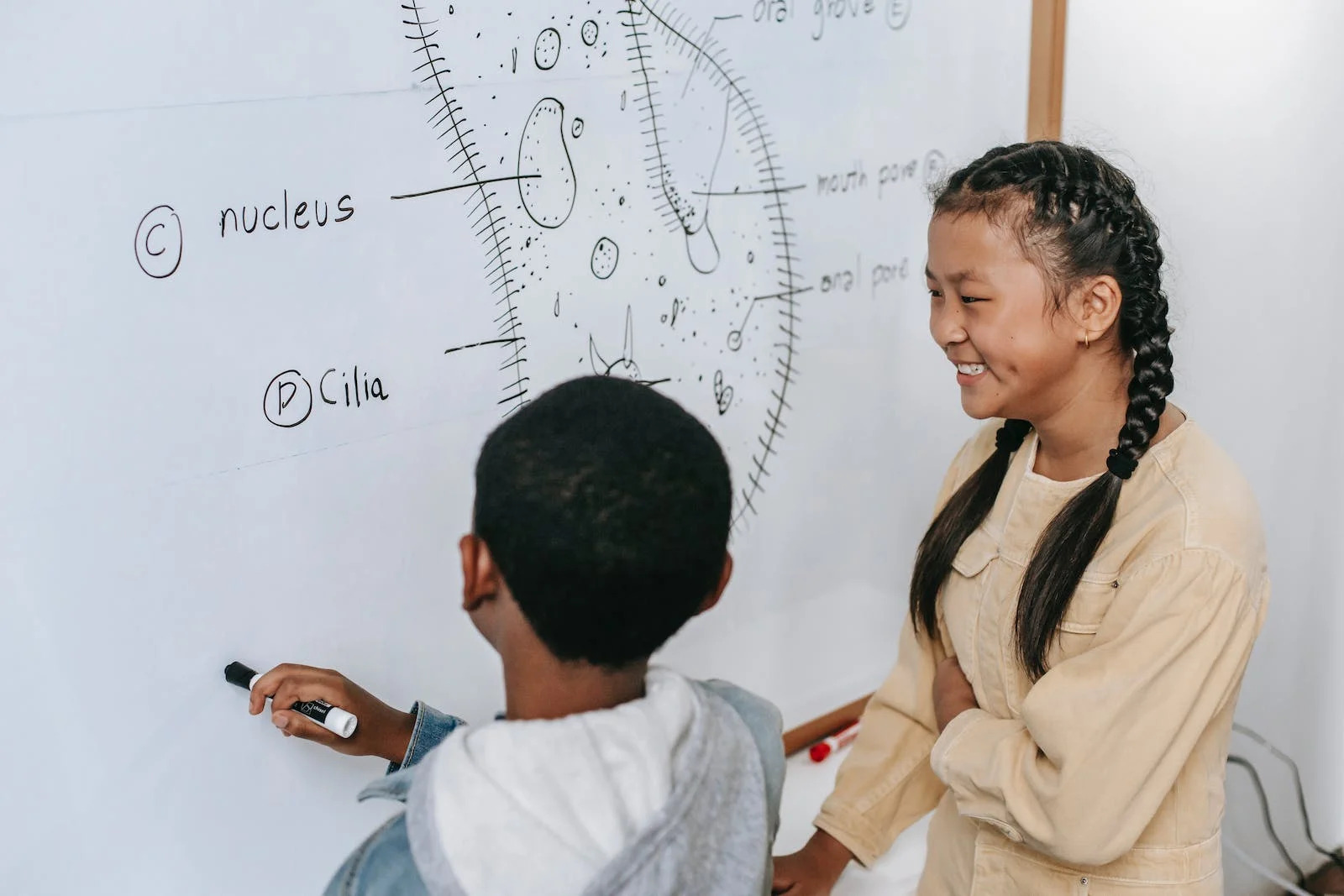 Author’s note: The following research was conducted on the basis of understanding the effect of typicality and prototypes on semantic memory, which is a term used for the long-term memory store in which conceptual information is represented, including semantic and lexical  information, as well as facts about the world (Bayles & Kaszniak, 1987; Tulving, 1972). The essay writer prototype theory refers to the ‘word meanings, and the conceptual classes that the words name, are distinguished one from another not in terms of an explicit definition, but in terms of similarity to a generic or best example.’ (Hampton, 2006) According to the Prototype Theory, all concepts are organized around a prototype and typicality resemblance. The purpose of semantic memory is to process and categorize the episodic memory into genres and this is how the prototype theory is able to explain the concept of categorization and the role it plays in semantic memory.

The purpose of this study is research and test the effect of typicality and prototypes on sematic memory, in terms of how individuals recall information. An experiment was carried out to test three hypotheses. The first hypothesis was that the recall for prototypical items will be greater than the recall for non-prototypical items. The second hypothesis was that the recall from blocked lists would be greater than recall from random lists. The final hypothesis stated that there would be an interaction between typicality and organization. After testing these hypotheses through a series of experiments with 311 psychology students as participants, it was concluded that typicality had a positive effect on semantic memory recall which is in relation to how semantic memory organizes and processes information in order to create meaning.

Encoding, storage and retrieval are the 3 stages of memory processing. According to Reisberg, acquisition is the process of gaining any given information. The memory storage holds the information in the brain until it is required and the retrieval stage refers to retrieving the information from the memory storage. We automatically store information semantically. Semantic memory refers to the part of the long-term memory that processes ideas and concepts that are not derived from personal experiences. Rosch, Simpson and Miller (1976) tested the impact that typicality had on the rate of learning when presented with various stimuli. They conducted three experiments that were similar in design, where they presented prototypical stimuli for the participants to learn. They then presented variations of stimuli that should belong to one of the prototype categories. A semantic network is used when one has knowledge that is best understood as a set of related concepts.

Rosch (1973) defined the term prototype as denoting a stimulus, which takes a salient position in the formation of a category due to the fact that it is the first stimulus to be associated with that category. The prototype model is based on a philosophy of nominalism, in which diagnostic categories represent concepts used by mental health professionals (Blashfield, 1991). Diagnostic groups are not viewed as discrete, but individuals may warrant membership in a category to a greater or lesser degree. The categories are defined by exemplars, or prototypes, and the presentation of features or symptoms in an individual is neither necessary nor sufficient to determine membership in a category. According to Rosch, the typicality effect states that individuals respond more quickly to typical examples of a category than they would to examples that are considered atypical. The sentence verification task is a procedure in which participants are briefly presented with sentences and asked to make judgments about them. This experiment has led to several observations about semantic memory. A study conducted by Kiran and Thompson (2003) consisted of normal young, elderly, Broca’s aphasic, and Wernicke’s aphasic individuals who ‘participated in an online category verification task where primes were superordinate category labels while targets were either typical or atypical examples of animate categories or nonmembers belonging to inanimate categories. The reaction time to judge whether the target belonged to the preceding category label was measured. Results indicated that all four groups made significantly greater errors on atypical examples compared to typical examples.’ The semantic feature comparison model is used “to derive predictions about categorization times in a situation where a subject must rapidly decide whether a test item is a member of a particular target category” (Smith, Shoben, & Rips, 1974).

These materials are replicable which means the experiment can be conducted again and can produced replicable results.

The design of the experiment was a 2×2 mixed factorial ANOVA. In terms of data analysis, the independent variable (1), refers to 2 levels of the typicality of test items. These levels included Prototypical and Non-prototypical. The red paper is prototypical data and the blue paper is non-prototypical. The independent variable (2), refers to 2 levels of the organization of test materials, which included Blocked and Random. The green ink is blocked data and the white ink is classed as random. The purpose of the experiment is to find out the dependent variable, which is the number of correctly recalled words. The independent variable is what determines how many words are correctly recalled.  A t-test was also conducted to examine whether there are significant mean difference scores in typicality as a result of organization.

Kintsch (1968) conducted an experiment where participants had to learn words from unstructured lists. This was followed by a retention test which involved free recall or recognition task. They found that the structure of results led to higher retention in free recall. However, structure was not relevant in recognition. These results support the assumption that recall involves the retrieval stage which means that an organized list is easier to retrieve than an unorganized list. This relates to the experiment conducted in this paper, because it supports the claim that typicality helps with recall.

The second hypothesis focused on testing the recall for blocked lists and random lists to determine whether either condition had an effect on semantic memory recall. According to the findings, participants recalled more words from blocked lists more so than random lists which suggests that the organization of information can have an effect on how that information is stored and recalled. This can be explained by the hierarchical structure theory which concerns semantic memory organization. This theory states that knowledge within semantic memory is organized hierarchically in the memory system, where it is divided into three different levels of information. In these levels of information superordinate categories, subcategories and individual exemplars of the subcategories are represented (Garrard, Lambon Ralph, Hodges & Patterson, 2001).
The third hypothesis assumes that there will be a relationship between typicality and organization. The results of the experiment show there is an interaction between typicality and organization because typicality aids in the organization of information, depending on the data set.  According to Collins and Quillian (1969), semantic memory is represented in terms of hierarchically organized categories of concepts and propositions about them. This hierarchy means that subordinate levels would automatically adopt the propositions that apply to their superordinates. The principle of organizing and characterizing similar concepts is explained by Rumelhart and Todd (1933), ‘because learning in a distributed-representation network occurs as modification of connections among microfeatures rather than among concepts directly, generalization and transfer of learning between concepts is inescapable. When similar concepts should… be responded to similarly…the system must learn which common microfeatures similar concepts share. When important distinctions must be made between concepts that are very similar…, it must learn distinctive microfeatures that differentiate otherwise similar concepts.’

Limitations of the study may include its generalizability, in regards to the participants who took part in the study. There was a narrow range of demographics as 311 psychology students with a mean age of 22.957 took part. In addition, 134 participants were female whereas only 30 were male. This acts as a limitation to this study in particular because the participants are not representative of the general population which means it may lack ecological validity. However, this is not to say that our findings are inaccurate as internal validity is present. In the case of future research, using participants that are representative of the population in terms of age, race, sex and education may yield more accurate results.

Bayles, K.A. and Kaszniak, A.W. (1987) Communication and cognition in normal aging and dementia