Water Shortage and Public Health Effects
Water is a basic requirement that necessitates proper and healthy living to both plants and animals in an ecosystem. Humankind is tasked with the role of ensuring water resources are well managed to guarantee survival. In the case of water, the protection will include the conservation of the catchment areas. Studies show that approximately 1.1 billion people lack access to clean water supply while 2.6 billion people lack access to proper sanitation (Tarrass & Benjelloun, 2012). Once the catchment areas are conserved, it becomes possible for all life to benefit from the resource. Some human activities such as deforestation have greatly affected the water catchment areas. In addition to causing water shortages, this activity also affects the catchment areas by increasing soil erosion and reducing fertility. [Click Essay Writer to order your essay] 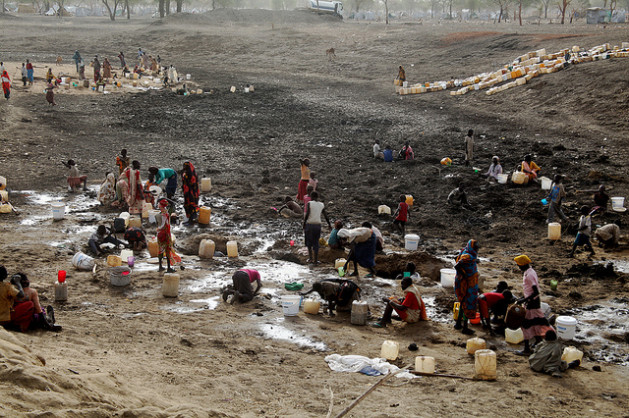 With the world’s rapid population growth, there is immense pressure on water as a resource. The increased population is known to cause deforestation and urbanization, and these reduce the ability of different water resources from services people. People are forced to clear the forests to find land for settlements. Likewise, many governments also choose to settle squatters in water catchments areas due to their lack of knowledge on the importance of such areas. The worst part of human encroachment in water catchment areas is it affects both its quantity and quality (Guerny, 1994). Increased population pressure has made people seek land in different places. The increased population also means increased pressure on water resources. While considering the reasons behind the limited water supply at the global level, one should understand the effects of the above actions on water resources. Climate change is also a factor that has contributed towards water shortage in different parts of the world. People can no longer determine the rainfall patterns, which makes it difficult to depend further on rainfall as a water source. When the water catchment areas are encroached, there is a reduction in water volume. Many countries tend to derive their water from dams, which get their water from rivers or lakes. The reduced water volumes in lakes and rivers will mean reduced volume in the dams. These dams also rely on rainwater, which has become unreliable with climate change. When this happens, the water companies will be forced to supply the limited water across entire states, and that easily results in the water shortages. The limited water also raises public health concerns since people are forced to settle for whatever they find. [Need an essay writing service? Find help here.]

Second Law of Thermodynamics
The second law of thermodynamics states that when energy is transferred or transformed, more and more of it is wasted. This means that there is a higher chance of an isolated system to degenerate into a more disordered state (Lucas, 2015). In recycling, energy is key to the entire process and plays a role in the transformation of wastes from one form to the other. However, the usage of energy is different in the case of a centralized program and that of a proper recycling program. A proper recycling program involves the use of small amount of space to recycle a huge amount of waste products. This means that the program maximizes energy efficiency while transforming all products (Smith, 2015). In addition, this also results in saving time, and more wastes can be recycled in the process. The reduced pollution is guaranteed by the small amount of space used by these programs. It becomes possible for the systems to trap the generated pollutants and prevent air and water pollution.

The centralized program, on the other hand, relies on more energy since it will involve different phases. For instance, the wastes will have to be transported to the different areas for recycling. When more wastes are transported to the final phase and that will involve the use of more fuel. That directly increases the pollution rates involved with the recycling program. While considering this model, less disorder will be created from the source separation recycling programs. Based on these findings, it would be environmentally friendly for organizations to consider the use of the Source Separation Recycling programs instead of the Centralized Programs. With reduced pollution and energy intake, the program can easily have more of the wastes recycled with minimal impact on the environment. In conclusion, based on the second law of thermodynamics, it becomes evident that the localized and decentralized source separation systems are environmental friendly and a better choice for people and their environment. In addition, people will get to save a lot of time by using the localized systems, which is often critical in times when there is a huge volume of wastes to be recycled.
[Click Essay Writer to order your essay]

Tarrass F., B. M. (2012, September 7). The effects of water shortages on health and human development. Retrieved September 21, 2016, from National Center for Biotechnology Information