The terms occupation and profession have a related but different meanings. According to Hodson and Sullivan (2012), an occupation is an activity undertaken by a person to earn their livelihood. A profession, on the other hand, is any activity area that requires specialized knowledge, qualification, and skills acquired through training. Examples of professions include teaching, nursing, and acting. When a professional is paid for their services, then their profession becomes their occupation. Professions are highly regulated to ensure that professionals provide quality services and adhere to set guidelines. State licensing is one of the most common forms of professional regulations. Some occupations are referred to as professions though they do not require state issued licensure since they do not pose serious adverse effects on individuals.[Click Essay Writer to order your essay]

Some occupations are still considered to be professions though they do not require state licensure. A licensure is a form of restriction on how an occupational title may be used (Kleiner, 2006). Licenses are created under the practice act, and that demands that people possess licenses before performing certain occupational activities such as driving a car, teaching, and nursing the sick (Kleiner, 2006). Licenses are a justified form of occupational control since they regulate the performance of professionals in areas where incompetence would harm the public. A good example is in all fields related to healthcare. Incompetent dentists, physicians, nurses, and counselors would pose a serious threat to the public. As such, practitioners in all these areas require a state issued license to perform. [Need an essay writing service? Find help here.]

Some occupations have their licenses issued by a licensing board or a professional body made up of professional practitioners who assess new license applications and determine who qualifies for a license or not, based on qualifications, experience and other factors. Kleiner (2006) states that certified training and accreditation examinations are often part of the licensure process. Practicing without a license often carries with it various civil or criminal consequences.

Occupations That Do Not Require State Licensing but Are Still Considered To Be Professions
Some occupations are deemed to be professions though they do not require state licensure to perform. Occupational licensing requirements in the US vary from state to state. This implies that what some professionals need to practice in the US varies from state to state. However, some occupations do not require state-issued licenses to perform.

Professions in Psychology That Do Not Require Licenses
Psychology has numerous professional jobs that do not require permits to operate. Any psychological job that does not involve a psychologist working with students on their mental problems does not require a state-issued license (Careersinpsychology.org, n.d.). Similarly, college and university jobs such as teaching assistants, mentors, and academic assessors do not require licenses.

There also are a myriad of state and government agency jobs that do not require licensure. Psychologists working in crisis intervention programs, mental health programs, drug and alcohol programs, offender facilities, rights organizations, and eldercare services do not need licenses to perform (Careersinpsychology.org, n.d., para. 3).

Occupations in Teaching That Do Not Require State Licensing
In the educational sector, teacher aides, teacher substitutes, and other people who help teachers in their roles do not need licenses to perform. Teachers working in private schools also do not need state licensure to operate (eLearners, 2014). The professionals mentioned above do not interact directly with the students in the process of learning, and therefore, incompetence is not likely to harm the children.
The occupations listed above are just a few that do not require state-issued licenses to operate. In almost every field, there are jobs that do not require a state-issued license. Holders of these occupational positions are still considered to be professionals for they get paid for the specialized skills and training that they have. These occupations are forms of paraprofessionals. When paraprofessionals advance in training and gain more expertise, they graduate to professionals.

Alternatives for Occupations to Elevate Their Statuses without Professionalizing
There are several alternatives that occupations can use to upgrade their ranks without necessarily having to professionalize. Professionalization is a major drawback to many people in their pursuit of jobs, thus leading to a shortage of experts in a given field (Randall & Kindiak, 2008). When licensing standards are set too high, most workers do not get licenses.

One of the ways through which occupations can elevate their statuses in the society without having to professionalize is through the registration of its members. Registering the members of an occupation may be based on some simple standard such as the number of hours worked. It creates some form of organization that makes the individuals in that occupation look more respectable. 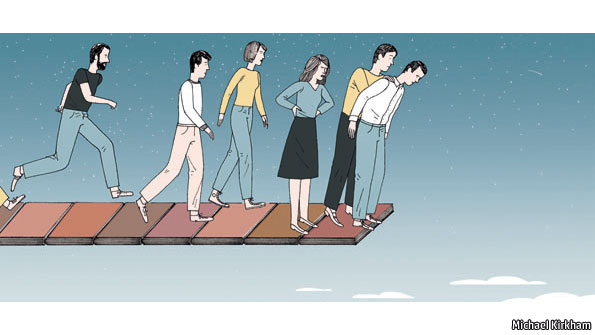 In conclusion, an occupation can be considered a profession even though no license is required to practice it. There are numerous occupations in the teaching, psychology, and healthcare fields that do not need state-issued licenses to practice. Registration and deprofessionalization are two alternatives that occupations seeking to elevate their statuses in the society can consider. The major drawback to professionalization is that it locks many people out of professions, consequently leading to a shortage of expertise in some professions. State issued licensure enhances professionalism and reduces the potential risks that the public is subject to due to incompetency. Most occupations in the US are being regulated to encourage professionalism. [“Write my essay for me?” Get help here.]