Outsourcing and Labor Relations: The Problem with Outsourcing
One of the most common labor relations issues that are encountered in many industries within the U.S. is the current trend in outsourcing. Whether it is the manufacturing department of a company or its customer support services, many businesses have been outsourcing various aspects of their services. This is due to cheaper labor in countries like China, India and the Philippines where the average monthly wage for a factory worker or Customer Service Representative (CSR) is $300. This is barely a fraction of what most employees in the U.S. earn and, as such, shows why outsourcing individual departments would be appealing to a company due to the cost savings involved (Kuang-Chung and Yungho 216). 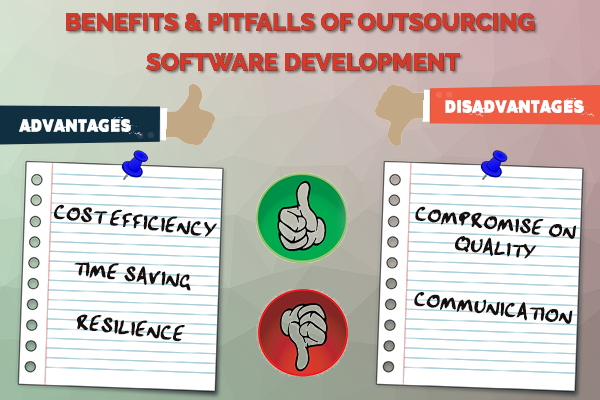 However, whenever companies outsource particular departments or services, this often causes labor relation within the organization to break down. This is due to the loss of jobs and the perceived threat that this current trend may continue in the future. The central “truth” about outsourcing is that it systematically weakens workplace rights as well as damages the capacity for unions to effectively negotiate for better wages and benefits. For example, the source of “power” for labor unions is their ability to leverage their influence over the workers of a company (ex: have them strike). However, if a company starts to outsource various portions of its departments, the effective power of these unions are curtailed since, even if they do strike, the company would still be able to manufacture its goods or provide its service through foreign workers. [“Write my essay for me?” Get help here.]

The power of unions to get better benefits and salaries is diminished since a company with an outsourced department could minimize production in one unit and scale up production in the one in another country. As such, instead of unions negotiating from a position of strength, they are now doing so from a position of weakness since a company would need sufficient incentive to keep the department within its home territory instead of outsourcing it in its entirety. This causes unions to agree to diminished wages and fewer benefits which cause not only tension between laborers and the company but between workers and the union. The result is that companies directly benefit from outsourcing while workers and unions suffer because of it.

This is one of the reasons why many unions within the U.S. tend to file unfair labor practice charges against companies that are in the process of outsourcing or have an outsourcing program in place. However, these charges often do not push through since companies do have the legal right to outsource aspects of their operations should they choose to. Further examination of this issue revealed that labor relations between businesses and workers breakdown even more due to the changing perception of corporations regarding their employees. Due to outsourcing, workers are no longer thought of as “resources to invest in” (at least those in the lower tier of the company); rather, they are now viewed as a dispensable and, more importantly, easily replaceable resource that can be exploited for the benefit of the company (Greenhouse 12).

Implementing a solution to this dilemma would be difficult since utilizing a national labor union does not work if the new workers are in China, India or the Philippines where the idea of unionization has yet to truly catch on. Based on this, it is likely that the issue of outsourcing will continue to be at the forefront of labor relations or union related issues given it impact on the rights of workers and the capacity of unions to protect them.  While there have been some suggestions to resolving such an issue such as implementing an international base salary or some form of international labor union, either of these strategies are looked at with a considerable level of skepticism since they are unlikely to be implemented due to economic, cultural and social differences. [Need an essay writing service? Find help here.]

What is likely is that the current trend in outsourcing is likely to continuously deteriorate the power of unions within the country and will result in deteriorating labor relations. Unfortunately, aside from new laws being put in place to stop outsourcing (a highly unlikely occurrence), it is likely to continue well into the future. In the end, most corporations are for-profit organizations who are ultimately accountable to their shareholders. It would not make sense, from a profit-loss perspective, to maintain operations in a location where it would cost more, and the company would be subject to the demands of local labor unions.

While it is true that outsourcing is likely to generate a feeling of “bad faith” between workers and companies, the fact remains that outsourcing is simply a manifestation of sensible business practices. The only way this issue could be reversed would be if American workers would be willing to work for less and have a substantial cut to their benefits; however, this is unlikely to happen any time soon. [Click Essay Writer to order your essay]