As of 2018, there are over 2.8 billion active social media users in the world (LSE, 2018), a number which has probably increased significantly since then, and will only continue to go up as the years pass. This revolution has brought many positive things with it, including faster and cheaper communication, a new platform for business, and greater accessibility of information. It has also brought a host of moral and ethical issues, which, because of the rapid expansion of the technology, we have struggled to keep pace with as a society. One of the major difficulties in this area centers around a debate that is far older; that of free speech.

Proponents of free speech argue that nothing should be off-limits when it comes to expression; that everyone should be allowed to voice whatever they feel appropriate, and the world at large should be allowed to decide what is right and what is wrong. Opponents of this position argue that such unfettered expression has the potential to cause great damage, and that we should moderate this right to free speech to some degree. The problem social media poses in this area is one of practicality. While traditional media outlets can be easily controlled by governments (and have been throughout history), internet-based outlets are far more difficult to suppress. This fact has given renewed urgency to the debate around free speech in the 21st century, with many people questioning whether social media censorship should be enforced in order to curtail unlimited free speech.

Even though most social media sites purport to uphold free speech, they have been criticized in the past for stifling certain forms of expression due to political and social biases. Conservative viewpoints, in particular, have been reported as being the subject of online censorship (Manfredi, 2019). This alleged censorship comes solely from the sites themselves, rather than from government bodies which represent the people. This means that the media we consume from these sources may be moderated, at least to some degree, by entities whose sole objective is the turning of a profit. There are clear ethical concerns here, which will be factored into the decisions made in this paper.

This paper will examine the key positions in this argument in the context of net utility and moral permissibility. Specifically, it will look at whether censoring social media would produce greater net utility than leaving it uncensored, and propose that, if this is the case, censorship is morally permissible.

In the opinion piece, Free Speech is Killing Us, which was originally published in The New York Times, Andrew Marantz (2019) argues that social media censorship is a valid measure for preventing people from perpetrating violence and hatred.

Marantz’s argument is as follows:

If censorship can prevent people from perpetrating violence and hatred in the real world, then social media companies should censor speech and expression that they perceive as dangerous.

Social media companies should enforce censorship on dangerous speech and expression, as the net utility this would offer makes such censorship morally permissible.

To assess Marantz’s argument in the context of net utility, we must first have a look at the concept of net utility as a whole, without practical context. Our outlook on this concept comes from  John Stuart Mill’s (1863) essay on the subject, which is entitled Utilitarianism. Here, Mill presents ethics almost as a kind of economic good, hence his use of the term utility. He proposes that the morality or immorality of a given action is dictated by the overall amount of utility it provides. By this logic, a policy decision which disadvantages ten people will be morally permissible if it brings about an advantage of similar proportions to the disadvantage for twenty people. Mill’s focus here is therefore on tangible and measurable consequences of actions, rather than on more abstract conceptions of morals and rights.

Mill’s idea of utilitarianism relies on the idea that there is a single underlying goal shared by all humans, namely “pleasure.” According to this view, different people may pursue radically different ends, but these differences relate merely to the different ways in which people seek pleasure, rather than a fundamental difference in the nature of pleasure itself. This pleasure, however, is not homogeneous. Mill also proposes that there are certain forms of pleasure which are more valuable than others by virtue of their intrinsic qualities, such as highly moral or intellectual pursuits.

We must now examine these utilitarian principles in the context of the real-world issue of social media censorship. Marantz’s argument is that if censorship can prevent people from partaking in violence and spreading hatred in the real world, then social media companies should be compelled to censor speech and expression that they interpret as dangerous, or that fits a definition of “dangerous” handed down by a government or other statutory body. The underlying idea here is that this censorship, while limiting the utility of some people who wish to be able to partake in unfettered self-expression, will have a net benefit in terms of the utility of the world at large, as it will preserve vulnerable people from hate crimes and violent acts.

Marantz argues that by preventing people from spreading dangerous sentiments, social media companies can prevent malicious individuals from inspiring violence and hatred. To illustrate this point, Marantz uses the example of the 1994 Rwandan Genocide. He tells us that inflammatory radio show hosts in Rwanda “called for bloodshed and created an atmosphere that led to the genocide.” Marantz argues that U.S. authorities knew about the inciting radio broadcasts in Rwanda, and that they therefore had the capacity to jam radio signals and prevent the transmission of inflammatory messages. However, as Marantz explains, the U.S. opted not to intervene in the matter so as to allow free speech. Ultimately, more than 800,000 people lost their lives after the incitements resulted in civil war and genocide.

It is difficult to argue that genocide like this can be justified on the grounds of free speech. If we take Mill’s idea of utility as being measurable between people, it is obvious that the utility of the continuation of 800,000 lives far outweighs the utility of one group’s right to free speech. The beliefs of a small group, no matter how zealously they are held, cannot realistically outweigh the right to life of hundreds of thousands of ostensibly innocent people.

Marantz argues that in the same way that inaction by American and international authorities contributed to the genocide in Rwanda, inaction by social media companies may lead to serious harm in the real world. He suggests that when people are given the freedom to express dangerous sentiments, they may inspire serious acts of violence which have ramifications for huge numbers of people, many of whom may have had no connection to them or their beliefs. As such, he proposes that social media companies should enforce censorship as a means of protecting people from the harmful consequences of unfettered dangerous speech and expression.

The classic objection to Mill’s idea of utility is its alleged inconsistency. Hedonism, which is the view that the only valuable thing for anyone is ultimately pleasure, traditionally proposed that the value of this view lay in the fact that it allowed pleasure to be treated as a homogeneous entity. This branch of hedonism is called quantitative hedonism, and is closely associated with Jeremy Bentham (1780).

Mill’s qualitative hedonism does not allow for this. If greater value is assigned to one form of pleasure than another, then the use of pleasure as a measurement of utility becomes pointless, according to this view. If the pleasure to be gained from a moral victory outweighs the pleasure gained from  a financial windfall, it becomes impossible to assess the value of material gain in relation to moral fortitude, and the use of pleasure in the calculation of overall utility becomes impossible.

The most common objection to the second premise is that free speech is the only weapon that societies have against tyranny. Without the ability to speak freely in defense of their beliefs, citizens will have no way to fight against unfair or oppressive regimes and fully exercise their democratic rights.

This view posits that people should retain the privilege of acting on information that they receive, rather than being shielded from the information entirely. Preventing people from exposure to dangerous speech does not eliminate the existence of such speech. Moreover, people may find alternative ways of spreading hateful and violent messages if they are prevented from doing so via social media, and the authors of these messages may also benefit from a perception that their content is being curtailed because the established powers view them as dangerous, reinforcing their validity in the eyes of those who are skeptical of existing power structures.

This view proposes that a better way of limiting the effects of dangerous speech would be to allow social media users to choose whether or not they would like to be exposed to dangerous speech. Users who find certain sentiments to be dangerous or sensitive may opt not to be exposed to such sentiments. On the other hand, users who are comfortable with controversial opinions would retain the privilege of accessing such opinions freely.

This objection is easily justified in the context of Mill’s conception of utilitarianism. By balancing the negatives of curtailment of free speech, policymakers can increase net utility, assuming they can find an effective system for those users who would prefer to be protected from potentially offensive content.

The sensible rebuttal to the objection aired by quantitative hedonists is that while qualitative hedonism does not allow for the accurate measurement of utility, it is misleading to imagine that quantitative hedonism does a better job. Pleasure is an intangible entity that each person experiences in a different way. While it might be useful to imagine that it is the same for everyone and that it can therefore be easily quantified for the purposes of policy-making, this is not the case in a real sense.

As outlined by Guy Fletcher (2008) when he compares the utility to be gained by reading Plato to that to be gained from skimming stones, it is simply not productive to be narrow-minded in the interpretation of pleasure. While a dogmatic view like this might be helpful in the assessment of certain values, it is simply not accurate in real terms when you look at the utility experienced by different people.

Marantz provides a compelling argument regarding the need for censorship on social media. He notes that some forms of expression on social media are dangerous and can incite hatred and violence in the real world. Furthermore, he points out that social media companies have the capacity to regulate the kinds of information that users are exposed to. With this in mind, Marantz argues that social media companies should be obliged to regulate speech that poses a threat to people in the real world, such as calls to violence and messages that incite hatred against certain people and groups. This appears to fit neatly with Mill’s ideas about utilitarianism and qualitative hedonism.

Bentham, J (1780) An Introduction to the Principles of Morals and Legislation. Library of Economics and Liberty. Retrieved from: http://fs2.american.edu/dfagel/www/Philosophers/Bentham/principlesofMoralsAndLegislation.pdf

Fletcher, G. (2008) The Consistency of Qualitative Hedonism and the Value of (at Least Some) Malicious Pleasures. University of Reading. Retrieved from: https://guyfletcherphilosophy.files.wordpress.com/2016/02/fletcher-g-the-consistency-of-qualitative-hedonism-and-the-value-of-at-least-some-malicious-pleasures.pdf

Marantz, A. (2019) Free Speech Is Killing Us: Noxious language online is causing real-world violence. What can we do about it? New York Times. Retrieved from: https://www.nytimes.com/2019/10/04/opinion/sunday/free-speech-social-media-violence.html 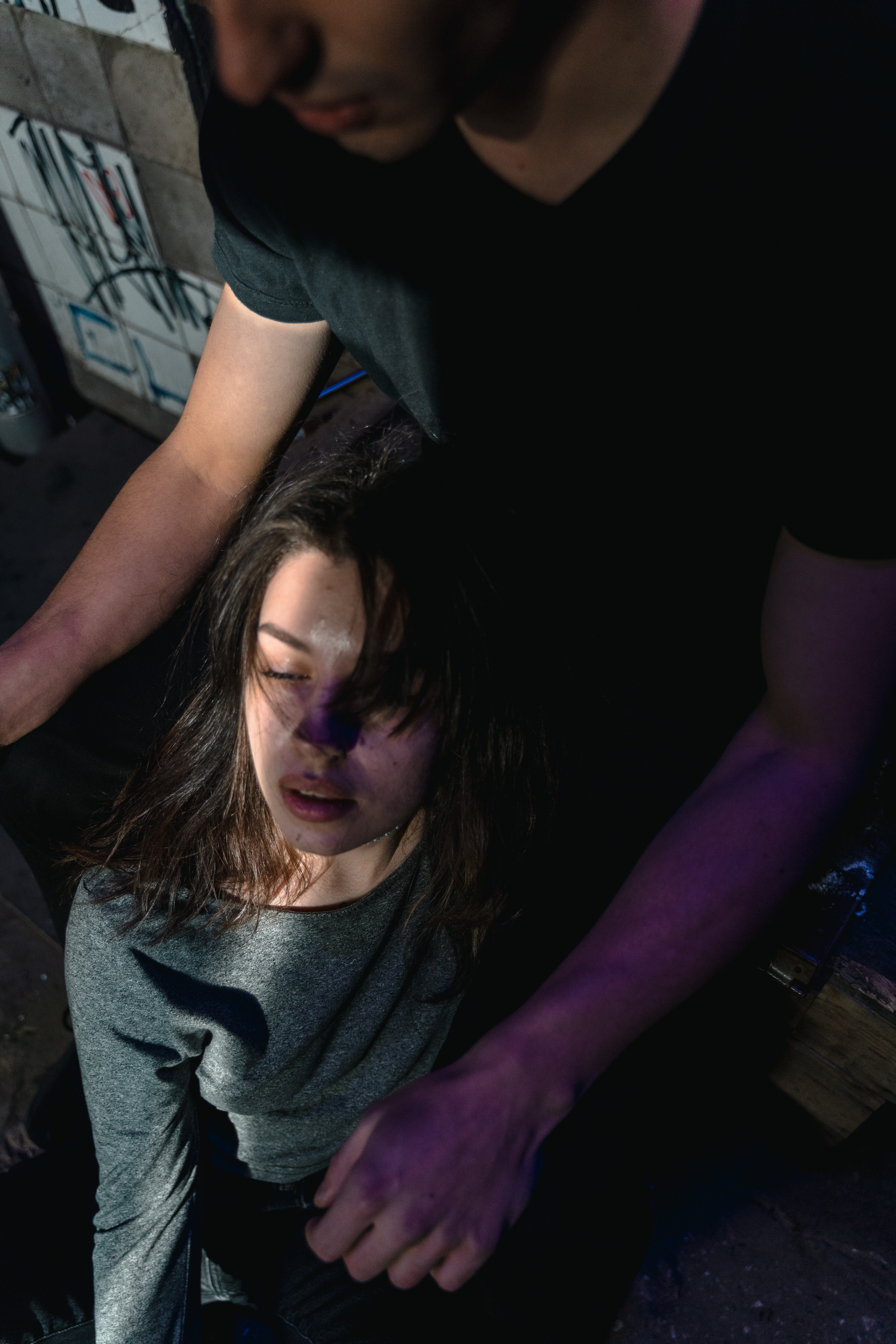